ADCC recently began selling tickets for the 2011 edition to be held in Nottingham, England on September 24 & 25, 2011. Sales of the tickets have been brisk, already over 2500 tickets sold! The arena can only accommodate so many and at this rate they will sell out! Get your tickets at http://www.facebook.com/event.php?eid=131641353574376

Korea BJJ was represented at the latest edition of the World Pro in Abu Dhabi, UAE. (read more) 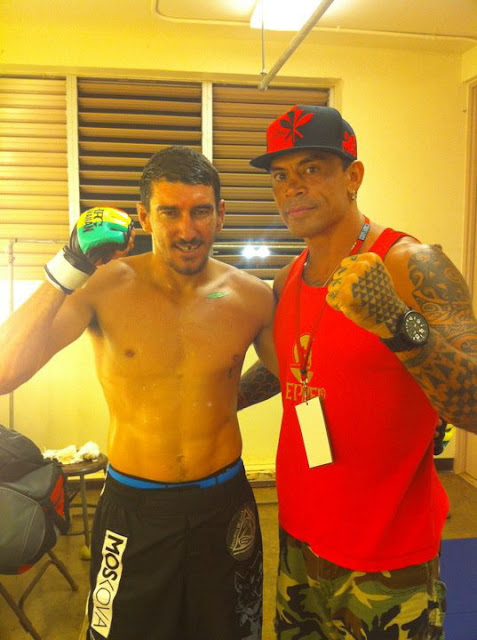 Big congratulations go to our friend Dustin Barca for winning his MMA fight last night in his native Kauai, HI. Barca is a former WCT (World Championship Tour) pro surfer that is now focused in MMA. Barca put his opponent to sleep in the first round! Supporting Barca in his fight were a host of freinds including Makua Rothman and Kala Alexander.