The Mendes Bros announce the Grand Opening of their new academy in Costa Mesa. The event will be right after the Worlds 2012, check out the announcement below:

Grand Opening with free seminar with many champions and presence of many BJJ starts - June, 04th. (read more)

Despite the fiasco of the cancelled Superfight between Nick Diaz and Braulio Estima due to a no show by Diaz, the World Expo 2012 was, by most accounts a success. Visitors, competitors and vendors alike were all stoked with the event and are looking forward to next year. The tournament held by the IBJJF (read more)

Galvao with Calasans and "Gigante"
Andre Galvao's Atos San Diego Academy has already amassed a competition training team to rival just about any, with the likes of Galvao, Gui and Rafa Mendes,  Ricardo "Demente", (read more)

The LONE STAR STATE JIU-JITSU CHAMPIONSHIP goes down in Texas on July 22nd 2012. The tournament organized by the will be held at the Texas Women’s University in Denton , TX . The University is located at 1600 N. Bell Avenue Denton , TX 76209. For more info check out the poster or go to their website 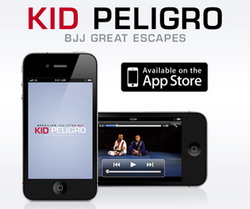