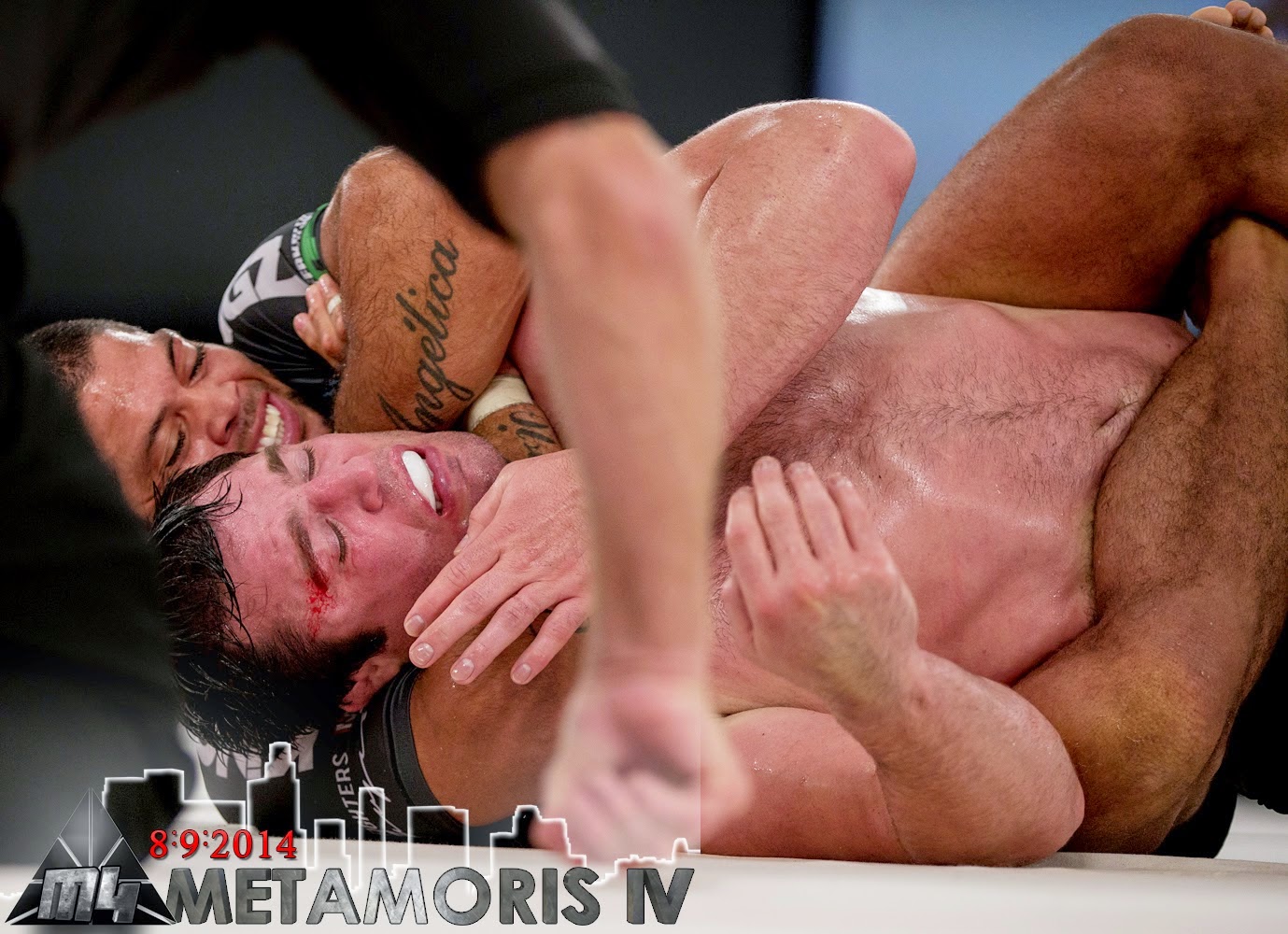 We spoke with ADCC Superfight Champion and Metamoris winner Andre Galvao after his great performance where he submitted former Chael Sonnen via rear naked choke at Metamoris 4:

KP- Great match yesterday Andre, how did it go?
AG- It went as I planned, we trained very hard and prepared well to fight against Sonnen. I trained with my students and with some collegiate wrestlers, because they all have similar characteristics and in the end it worked

KP- Some reporter asked you why it took so long for you to submit him. What did you say to that.
AG- He is a great fighter and a top World Class wrestler so I knew he would be a tough opponent. You have to remember that he took Silver in the World Greco Roman Wrestling and is one of the best in his weight in MMA with a long list of great opponents. So he came prepared and he fought a smart fight and it took a while to have the right opportunity and I took advantage of it. As I said wrestlers don't like to fight from the bottom and they give up their back to avoid it. The opportunity came andI took advantage and I wasn't going to let it go to waste

KP- When you took his back you weren't going to give it up!
AG- Exactly I closed that triangle around his body and cinched it tight. One of my corner-men Rafael Mendes told me to squeeze it tight to keep it. And even later Chael came up to me and talked about how tight that thing was. I didn't want him to be able to turn and either force me to go to the mount or whatever because I knew if that happened he was just going to stand up no matter what

KP- Speaking of corner-men, it was publicized that one of your corners, Renato "Laranja" refused to shake Chael's hand after the match
AG- First of all he was not my corner, my cornermen are people I trust and train with me, he just snuck in there behind us and we were so focused on the upcoming match we didn't even notice it. I don't appreciate that, competition to me is serious business and Metamoris is a serious event. There is no room for this type  of clowning. And then he disrespects Chael and it looks as if it is part of my team that is doing that. I respect my opponents always, before, during and after the match and I certainly didn't appreciate that action and that it reflected on me and my team and I really don't appreciate that

KP- You've been competing somewhat non-stop. Pan, World ADCC, World Pro in Abu Dhabi, Metamoris how do you do that?
AG- I like to keep busy and I like, all those events are important to me, ADCC is where I shine the brightest along with the World Pro, and now Metamoris has been great tome. I like the concept and the entire event. I am glad I compete in it.

KP- And now you are going to compete in the Grapplers Quest event in October?
AG_ No I haven't committed to competing in that event at all. All I've said is that I will be there. Keenan (Cornelius) and JT (Torres) will be competing there so I will be there but as far as competing, so far No!

KP- Your team Atos has been growing by leaps and bounds and making a lot of noise. What has that been like?
AG- I am very happy with the team. Ramon (Lemos) and I and the entire team have a lot to be proud of and we have bigger goals than what we have accomplished so far. We won the Pan and came really close in the Worlds and we are going strong to reach bigger goals.Atos is a competition team and we have lots of great competitors like Mendes brothers, Keenan, JT, Calasans and many others but many of ours guys double up as great instructors and leaders. The Mendes are doing a great job in their Academy and beyond. Our association is growing fast, we have a big waiting list with academies that want to join. We have a lot of plans for doing even more and beyond just competition. We have a plan and we are following it. There are a lot of things that I can't divulge yet but it is in the works and soon everyone will see.